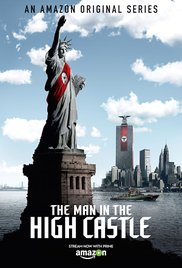 A glimpse into an alternate history of North America. What life after WWII may have been like if the Nazis had won the war.

0
SHARES
FacebookTwitterSupport WikiFX
You can support the WikiFX project by doing a donation. It will help me to continue to develop new features and keep the site up to date.

If you want to contribute in any other way, simply drop me a note using the contact page.

Home » Projects » TV Series » The Man in the High Castle

The Man in the High Castle

The best of the Season 1 VFX for the Amazon original series “The Man in the High Castle.” The series was recently nominated for a 2016 Emmy Award for “Outstanding Special Visual Effects.”

CG Environment
We use cookies to ensure that we give you the best experience on our website. If you continue to use this site we will assume that you are happy with it.Ok